Lineup will be sent out via @jacksongenerals later today

TODAY’S GAME: After falling 2-1 in 12 innings last night, the Generals look to bounce back tonight in game two at Riverwalk Stadium in Montgomery, game time is at 7:05. 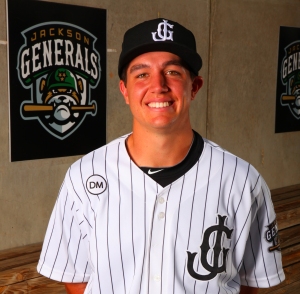 GENERALS RECAP:  Danny Hultzen struck out 12 Montgomery batters over six innings Wednesday in Montgomery, but Jackson fell to the Biscuits in 12 innings, 2-1. Michael Sharidan belted a 12th inning homer sending the Generals to a series opening loss. Hultzen’s 12 strikeouts were the most in an outing this season by a Jackson starter.The 12-strikeout performance by Hultzen was the second-highest against Montgomery. In 2005, Rich Hill fanned 14 Biscuits when Jackson was affiliated with the Chicago Cubs. Offensively the Generals had opportunities stranding 14 runners on base and finished 1-for-12 with runners in scoring position. Hultzen scattered five hits and allowed just one run over his six innings and turned it over to the bullpen. Bobby LaFromboise and Mauricio Robles added two scoreless behind Hultzen. Yoervis Medina (1-4) surrendered the homer to Sheridan in the 12th and suffered the loss.

TOPS IN THE LEAGUE: The Generals have the best record in the Southern League, 27-19 and also lead the league with a 2.74 ERA. The next closest to Jackson is Mississippi with a 3.30 ERA