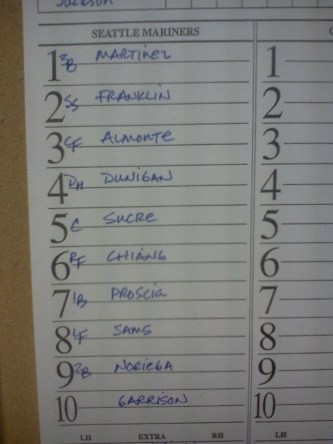 TODAY’S GAME:The Generals continue their 5-game homestand tonight at 7:05 against the Pensacola Blue Wahoos. This is Pensacola’s 1st ever trip to Pringles Park. The Wahoos took 3 of 5 from Jackson May 1-5 at Maritime Park on the Bay. The Blue Wahoos are formerly the Carolina Mudcats and Double-A affiliate of the Cincinnatti Reds. 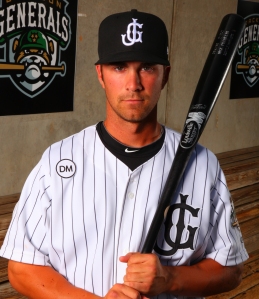 Nick Franklin is batting .405 in his last 10 games

GENERALS RECAP: The Generals used a stellar performance by Danny Hultzen to shutout the Pensacola Blue Wahoos 5-0 at Pringles Park Monday. Hultzen tossed 6 shutout innings, allowing 5 hits and striking out five to improve to 5-3. Nick Franklin started the Generals’ offense in the first inning by lining his first of two triples to right field. Denny Almonte then doubled to right and drove in Franklin. Almonte was brought home by a Jesus Sucre single to left. The Generals scored two more runs in the fifth inning on Almonte’s eighth home run of the year. The 2-run shot to right field hit off the scoreboard and expanded the lead to 4-0. Gabriel Noriega got his 10th RBI of the year in the sixth inning when Eric Campbell came in on a line drive to right field. Relievers Jandy Sena and Moises Hernandez combined for three scoreless frames behind Hultzen to complete the shutout. Nick Franklin, Denny Almonte, and Jesus Sucre recorded two hits in the win.

FIRST TO 30 WINS: The Generals are the first team to 30 wins in the Southern League this season and lead the league with a 2.94 team ERA. This marks the quickest to 30 wins for the Jackson franchise since 2005. The next closest is Mobile with a 3.34 ERA.

THE VETERAN CAMPBELL REACHING: 27-year-old utility man Eric Campbell has reached base in 21 straight games, the 2nd longest active streak in the Southern League (1 behind Mobile’s Mark Krauss). During the streak Campbell is batting .307, with 2 home runs and 13 RBI. The streak began on May 6th.