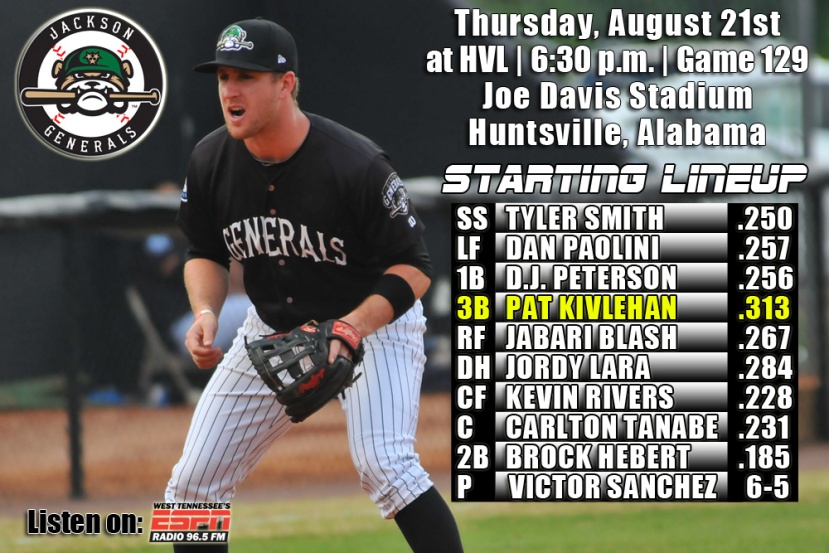 TODAY’S GAME:
• The Generals conclude a 5-game road series at Huntsville (1-3) with game 5 of the set…this is Jackson’s 5th and final series with Huntsville this season and are 12-12 overall against the Stars and 5-9 at Joe Davis Stadium.
• The game can be heard on 96.5 ESPN, online at jacksongeneralsbaseball.com or TuneIn Radio.

DID YOU KNOW?
• YOU (MAY) ALREADY KNOW that Tyler Marlette hit a home run for his first Double-A hit Wednesday, but DID YOU KNOW? that the last General that had his first hit a home run was Jabari Blash on August 2, 2013 at Mobile. That was Blash’s first overall at-bat.

KIVLEHAN, LARA & PETERSON PUTTING UP BIG NUMBERS:
• Overall this season, Patrick Klvlehan, Jordy Lara and D.J. Peterson have put up impressive numbers that rank among the best in MiLB. Here is how they rank in all of MiLB and the Seattle Mariners organization. Lara currently is 1st in all of MiLB in hits with 166 this season.